Our Projects > The Experiment in Black and White (2001) 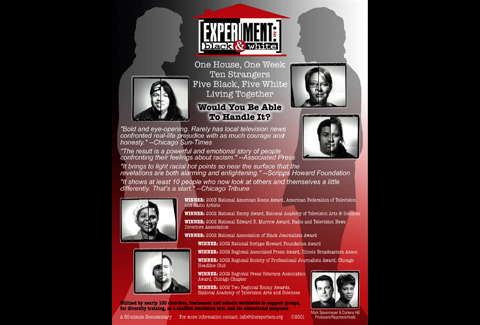 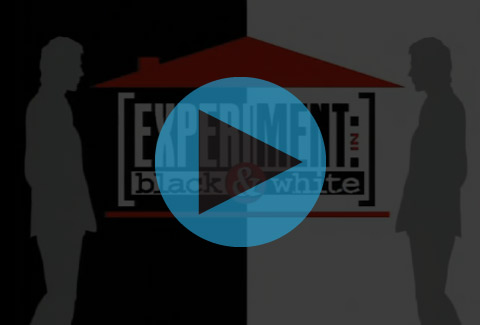 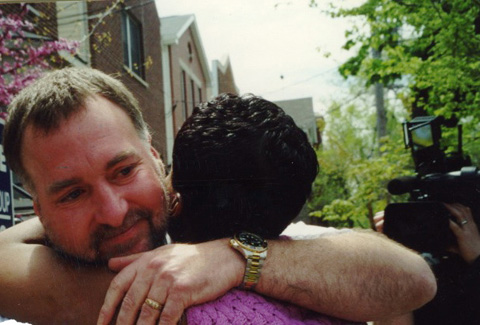 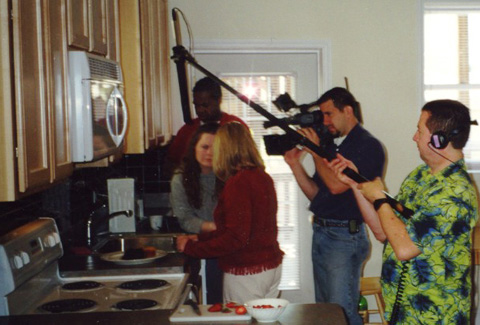 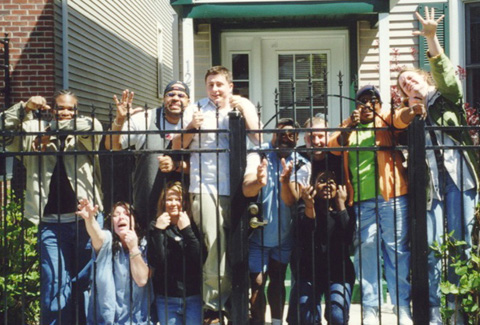 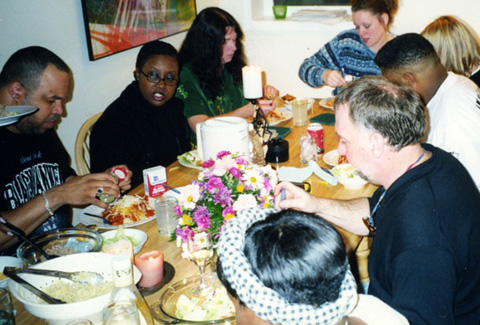 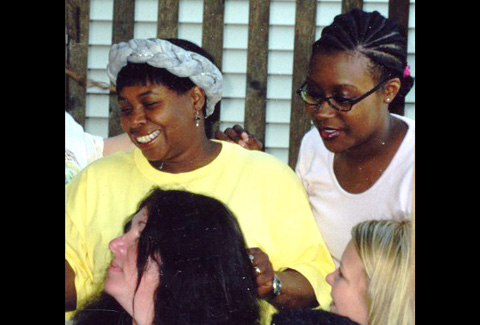 The Experiment in Black and White (2001)

The Experiment in Black and White aimed to combine elements of the popular programs The Real World and Big Brother with traditional journalism, in order to tackle the often explosive issue of race relations in an innovative and groundbreaking fashion.

Calling it “Reality TV–with a purpose,” the goal was to evoke open and honest discussions about race in Chicago–discussions that seem to rarely take place in mixed company in the nation’s fourth most segregated city.

It all began when five black and five white Chicago-area residents (all strangers to one another) agreed to be sequestered in a three-bedroom, two-bathroom house in the Wicker Park neighborhood for seven days. Local race relations experts helped select the ten individuals (five male, five female, ranging in age from 23 to 49) from more than 650 applicants. Once chosen, the participants agreed to leave their jobs and their families for the entire week.

Inside the home, the housemates ate, slept and socialized together but were allowed no contact whatsoever with the outside world–no phone calls, computers, newspapers, radio or television.

The participants were also given daily assignments and tasks about race. They conversed about everything from slavery reparations and racial profiling, to affirmative action and the use of the ‘n’ word, to the perceived differences in the way black and white Americans talk, behave, and live. We also brought in several “special guests” to the house (mainly college professors) to help facilitate or moderate some of our activities and discussions.

The resulting emotions and anger, tears and hugs, were videotaped 24 hours a day. The group was forced to continually confront the issues because there was truly no place for them to run or hide.

Watch clips of The Experiment in Black and White here.

The housemates were interviewed one-on-one every day, and they also recorded their more intimate thoughts alone with a camcorder in our “Disclosure Den.” (Those thoughts remained confidential until the tapes were later reviewed by us when the week was over; portions were then edited into the production.)

Though all arrived ready to defend their strong opinions, they were also willing to change them if convinced otherwise. (We avoided putting any type of “extremist” in the house.)

When the taping was complete, we left the house with 235 half-hour digital videotapes and another 100 or so mini-dv and surveillance tapes and began logging, examining and molding them into the program. it was an enormous, almost overwhelming challenge.

In the end, much of what was expressed publicly by these participants often echoed the views of the general public–opinions and feelings many people might voice privately but fear or resist saying aloud because of the potential repercussions in our “politically correct” culture. In The Experiment in Black and White our housemates were refreshingly and sometimes stunningly honest. There was no tip-toeing around any issue whatsoever.

Community reaction to the project was overwhelming. Educators from churches, schools and universities throughout Chicago–and even across the nation–expressed interest in obtaining copies of the program to use in race relations, psychology, conflict resolution and sociology classes.

We were invited to speak about the project on half a dozen talk radio stations, and we even opened up a live chat room allowing viewers to query the ten housemates themselves. Local newspapers interviewed the housemates for their own feature stories and many of the participants have since spoken on the subject of racial unity to various community boards, schools, and organizations attempting to advance diversity.

After debuting on Chicago television, the documentary was aired in several other cities, including New York City, Milwaukee and Dallas, to name a few.

To reiterate, these ten people were willing to take incredible reputational risks by voicing their true–and sometimes bigoted and arguably racist–views on television. And they did so to not only work through their own issues, but to hopefully help those watching as well.

Although the participants ended their week together with many issues between them still unresolved, we think it’s safe to say that everyone involved in this project gained a better understanding of one another. Each person worked diligently towards bridging the racial divide. And with any luck at all, what viewers saw on the screen prompted them to face–and to work towards resolving– their own racial biases and prejudices.

The Experiment in Black and White has received the following honors:

No one has commented on "The Experiment in Black and White (2001)"
Feel free to join the conversation and leave a comment as well.

The Reporters Inc. is a 501(c)(3) nonprofit news organization and independent documentary production house, dedicated to social change.
| 612-333-3180 | Privacy Policy | Terms of Serivce
We use cookies on our website to give you the most relevant experience by remembering your preferences and repeat visits. By clicking “Accept”, you consent to the use of ALL the cookies.
Cookie settingsACCEPT
Manage consent

This website uses cookies to improve your experience while you navigate through the website. Out of these, the cookies that are categorized as necessary are stored on your browser as they are essential for the working of basic functionalities of the website. We also use third-party cookies that help us analyze and understand how you use this website. These cookies will be stored in your browser only with your consent. You also have the option to opt-out of these cookies. But opting out of some of these cookies may affect your browsing experience.
Necessary Always Enabled

Performance cookies are used to understand and analyze the key performance indexes of the website which helps in delivering a better user experience for the visitors.

Analytical cookies are used to understand how visitors interact with the website. These cookies help provide information on metrics the number of visitors, bounce rate, traffic source, etc.

Advertisement cookies are used to provide visitors with relevant ads and marketing campaigns. These cookies track visitors across websites and collect information to provide customized ads.

Other uncategorized cookies are those that are being analyzed and have not been classified into a category as yet.