Our Projects > Reaching for the Rainbow 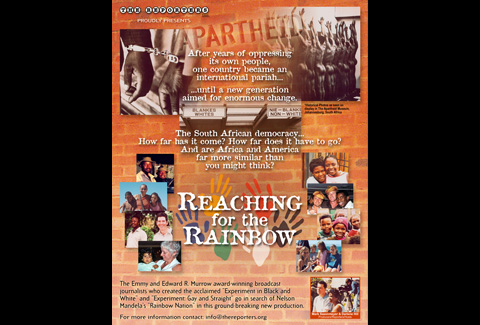 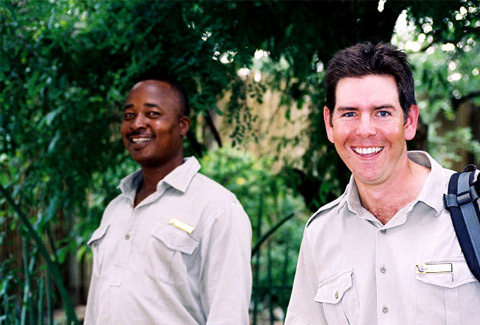 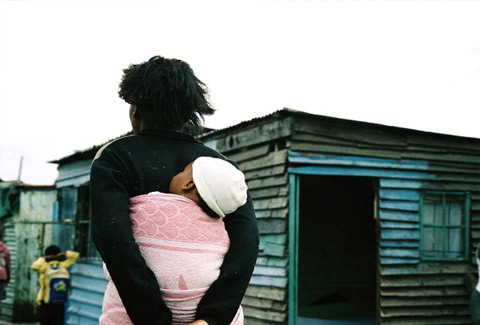 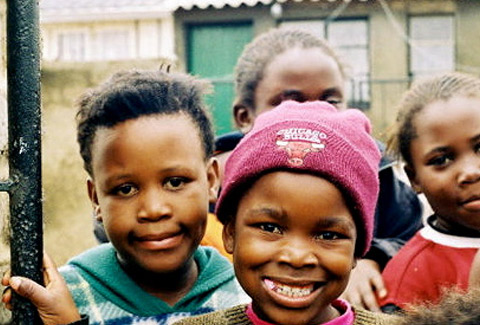 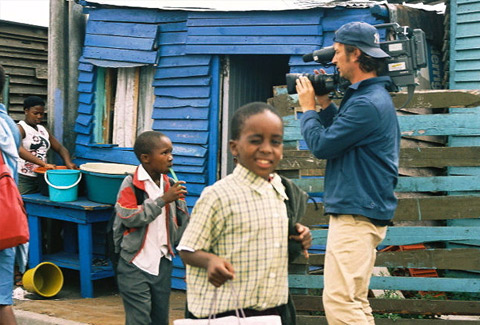 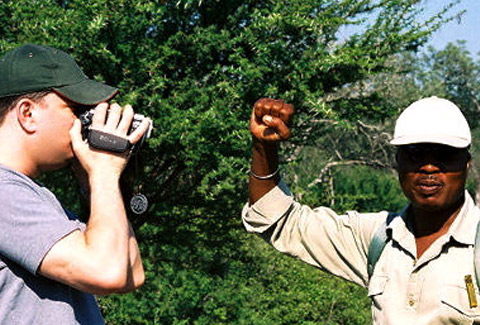 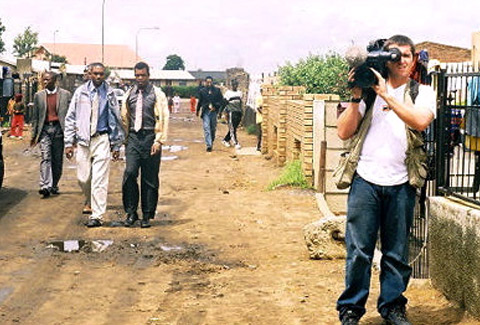 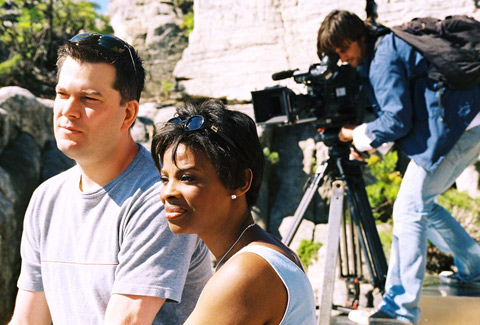 Reaching for the Rainbow

Since the end of apartheid in the mid 1990s, South Africa has made enormous strides in its attempts to truly become a “rainbow nation”–the term coined by Nelson Mandela as he envisioned his homeland’s tremendous potential for racial harmony. The country was an international pariah in the 1980s, but by the dawn of the 21st century it’d become a global leader of freedom and equality.

Still, when The Reporters Inc. traveled to South Africa for a month in March 2004 to begin production on a documentary about race relations, it quickly became clear there was still much work to be done. So, as a result, the title of this project was born: Reaching for the Rainbow. The goal of the program is to show the evolution of South African society–after White rule in the country gave way to true democracy.

Using historical footage, material honed from more than 40 hours of interviews from 2004, and new footage to be taped in the near future (as soon as funding is available), The Reporters Inc. will present a rare look at the thought processes, belief systems, biases, prejudices, struggles, accomplishments, breakthroughs, joys, and revelations of the South African people, through their own words and experiences.

Reaching for the Rainbow will take viewers to the urban, cosmopolitan meccas of Cape Town and Johannesburg, as well as historic townships like Soweto, and finally to the most rural and impoverished regions and pockets of the country. The Reporters Inc. talked with university students and professors, blue-collar workers, the unemployed, children, teenagers, parents and the elderly. Black and White, gay and straight, rich and poor. We conducted interviews in bars, at beaches, at schools, and on streets. We filmed in some of the most beautiful locales and most gut-wrenchingly hideous slums.

Most interestingly, however, were the similarities we discovered between South Africa and the United States. The two countries are more similar than perhaps the U.S. and the U.K., in many, many ways. And most people probably have no idea this parallel even exists. At the same time, while racism is often kept “under wraps” in the U.S., in South Africa race-based animosities, stereotypes and just-plain hatred were simmering (and sometimes boiling) in every corner of the country during our time there in 2004.

Our Executive Director, Mark Saxenmeyer, kept a journal during the shoot and below are some of his observations.

From Mark Saxenmeyer’s 2004 South African journal: “…We interview a group of older Whites in a tavern who say that, for some people, the end of apartheid wasn’t welcomed at all. Darlene (Hill, a Reporters Inc. producer who is Black) and I notice that we’re getting contradictory vibes from the same people. Whites say things to me they don’t say to her, and take me aside privately when the cameras aren’t rolling to ‘clarify’ points they want to make. Blacks embrace Darlene with far more warmth…

“Soweto is fascinating. I jump out of the car and wander around shooting interviews on our mini-cam, despite warnings from our professionally hired (and White) photographer. People seem nice. I don’t sense a problem of any kind. Someone compliments me on my shoes. An old man yells at me in a language I don’t understand (one of 11 spoken here). A group of teenage boys tell me how they can’t find work except for washing cars. Our photographer tells me, ‘Don’t be fooled. They will smile at you as they stick a gun in your side and demand your camera.’ He then goes on to explain how many people in his own family believe Black people are ‘savages’…

“…In a bar, a fella I’d met only moments earlier asks me, ‘Have you seen Oprah Winfrey without a shave?’ He then takes out a 100 Rand (South African currency) and points to a water buffalo on the bill. Another guy explains that he writes for a ‘highbrow literary journal’ that caters to the ‘4,000 or so White intellects that remain in South Africa.’ The rest have left the country since the end of apartheid, he says. Yet another patron here talks about how ‘colored’ people would rather work for alcohol than money…

“…A Black couple from Pretoria we meet tell us how they saved to go on a wildlife safari (most Blacks can’t ever afford this amazing experience, even in their own country) and that they shared a vehicle on the trek with two other couples–both White. They say one, from the U.S., was kind and warm; the other, from Cape Town, would not even speak to them…”

The Reporters Inc. also hopes to touch on several other issues with Reaching for the Rainbow, such as South Africa’s race-differential dealings with the AIDS epidemic, and its one-of-a-kind Constitution that outlaws discrimination based on sexual orientation. (Since our 2004 taping, the country became one of the first in the world to legalize gay marriage.)

From Mark Saxenmeyer’s 2004 South African journal: “We interview a traditional ‘healer’ who talks about the goat blood her grandmother tried to make her drink to ‘cure’ her of her lesbianism…

“…Inside a classroom in Johannesburg, a teacher explains that the real answer to AIDS is ‘food, not drugs’…

“…On the way to the town of Nelspruit we see “AIDS clinics” in small adobe huts along the roadside; their signs are handwritten in paint. For a country that has delayed delivery of protease inhibitor cocktails that actually save lives, I have concerns about what actually goes on inside these clinics…”

The Reporters Inc. now intends to return to South Africa and re-interview some of our 2004 subjects, in an effort to show just how far (or not so far) they’ve come in terms of accepting and adapting to their post-apartheid world. We want to shoot in the South Africa of today, to also compare and contrast the changes that have occurred in just the last ten years. We envision the final product as a thorough and all-encompassing look at a fascinating society, a democracy still in its infancy, and a country in constant flux.

We hope to present this documentary at film festivals, in theaters, on broadcast and cable networks, local stations, Internet platforms, and distribute it throughout the world. Most importantly, we also hope to market the finished documentary to schools as an educational tool.

From Mark Saxenmeyer’s 2004 South African journal: “We interview a former political prisoner on Robben Island, and he talks about his willingness and ability to forgive–despite years of unjust incarceration in the same prison as Nelson Mandela. We tour and videotape the prison, alone and in silence, seeing Mandela’s tiny jail cell and his blanket bed on the hard cold floor. His historical fight for freedom emerged from this place but somehow, in light of South Africa 2004, I find myself thinking how the country’s current plights and problems are overshadowing this iconic leader’s accomplishments…

“…Just on the outskirts of the shimmering beauty and wealth of downtown Cape Town, we tour a township that will forever be seared into my memory. Never have I ever seen such poverty: people living in literal cardboard/plywood shacks; mangy dogs and cats running wild, frothing at the mouth; babies crying hysterically; ladies scrubbing tattered clothes on washboards; no apparent water or electricity; sheep heads being barbecued on outdoor grills so their brains (which I’m told are a delicacy) can be consumed; garbage everywhere; the stench of urine; burned out, charred remains of something-or-another at every turn; rambling, clucking chickens being chased by children. Obviously many countries have their share of the haves and have-nots but this is a matter of have-everythings and have-absolutely-nothings…”

The Reporters Inc. needs your help to raise the funds to return to South Africa to resume our research and interviews; an outline of our budget expenditures and needs is available upon request. To donate, please click here, and remember, your contribution is tax deductible.

We believe in what we’re doing wholeheartedly, hope you might share our vision, and that you’ll be able to somehow assist us in completing this important and revealing project.

From Mark Saxenmeyer’s 2004 South African journal:
A group of young Black girls, all about 13 or 14, stop to speak with us on their way to summer camp. They talk of poor treatment by their White teachers who sometimes scoff at their questions in class. Yet they’re all so bright, so articulate, so full of pride and self esteem. They’re so determined, they say, to make their own lives better than that of their parents. Darlene begins to tear up as they walk away. I ask her what’s wrong. She turns to me and says, “That kind of hope, that kind of excitement about education, about pursing opportunities for a better future–you just don’t see that on the south side of Chicago. You just don’t see it…”

No one has commented on "Reaching for the Rainbow"
Feel free to join the conversation and leave a comment as well.