?We don?t need more teachers in this country, what we need are more ditch diggers!?

Trying to guess who said that? An American politician? A conservative talk show host?

No blame to you for thinking either of those possibilities. With the public bashing of teachers over the last few years, union busting, and fewer classes for art, music or any kind of critical thinking, the above sentiment?ruling class vs. worker drones?definitely feels familiar.

Yet the quote is actually a 1999 statement attributed to Sara Alpysqyzy Nazarbayev, the wife of Nursultan Nazarbayev, the then-and-still president of the Central Asian nation Kazakhstan. (He was also the?former top Soviet boss there before Kazakhstan officially declared its independence in 1991.) 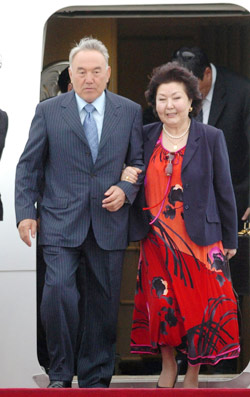 Kazakhstan is officially a democratic, constitutional republic but, unofficially, the Soviet way of governing remains. For the brief time my husband and I lived, traveled and taught journalism in the former USSR (1998-2000), we were flummoxed by the bizarre nature of Soviet thinking?parallels that we now see showing up in America.

It started when my husband recently saw city maintenance workers in Madison, Wisconsin mowing in the rain. ?That?s so Soviet!? he laughed, meaning that despite how ineffective mowing wet grass is, the day?s assigned duty was carried out no matter the weather.

Here?s a Soviet comparison: In most of the former USSR, heating was controlled by a central government utility (that?s right, no household furnaces or thermostats). The heat was activated on a certain autumn date, regardless of how hot it was, and then turned off on a spring date, even if it was snowing. It?s classic Soviet thinking: carrying on a politically approved plan regardless of any inconvenient reality.

So, when Wisconsin and other states had the words ?climate change? scrubbed from official websites recently, I flashed back to why the TV news stations we were helping establish in neighboring Uzbekistan weren?t allowed to report the weather. 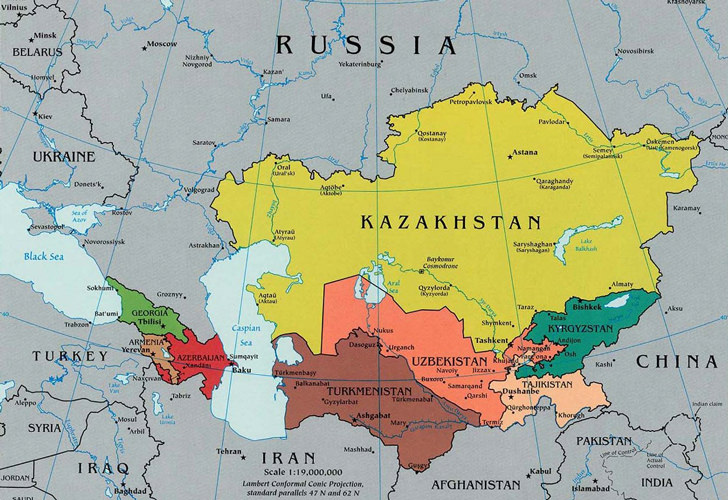 According to Uzbek law, if the temperature rises to a certain level on a sweltering hot day, people don?t have to work. It?s too dangerous. But people not working is bad for the economy. Thus, reporting the weather is prohibited.

Get it? If you don?t report the temperature, the danger disappears. ?That?s so Soviet!?

And now, when it comes to denying the dangers of climate change, ?That?s so American!?

To be clear, when I say Soviet, I don?t mean socialist. They were not the same. Convincing people (and the world) the Soviets were socialists was one of the biggest propaganda coups of the USSR?s authoritarian regime.

Control of the media was essential to the Soviet system. News was molded to fit a singular political perspective: the Soviet system was the best, the most moral, efficient, fair, successful and powerful in the world. Any reporting of shortages, despair, or failure was suppressed right up until the entire system collapsed.

How did they control media? By force and terror. Reporters?or anyone?voicing contrary views might be beaten, arrested as criminals, imprisoned, sent off to the notorious gulags (forced labor camps), or they simply disappeared. Many were ?hospitalized,? because a belief in anything other than Soviet perfection was considered evidence of mental illness.

The old Soviet bosses now in charge of the new ?independent states? still maintain strict media control. Access to anything other than politically approved messages is severely limited. In nearby Turkmenistan one can be imprisoned for listening to The Voice of America. In Uzbekistan, our former colleagues were arrested for possessing ?anti-government propaganda,? items which were actually instructional videotapes on the basics of fair reporting.

The president of Kazakhstan?oddly, now one of the richest men in the world?helped his daughter buy all the major TV stations in that country. In front of witnesses in 1999, she banned coverage of all opposition candidates to her father.

Few would dare to ignore the ban. By law, anyone who ?insults or offends? the Kazak president?or any member of his family? is subject to a two-year prison sentence. The truth behind any ?offensive? reporting is not considered.

With the case of a U.S. woman now being prosecuted for laughing during a press conference held by Attorney General Jeff Sessions, there is evidence that the Soviet-style authoritarian mindset is gaining ground here. 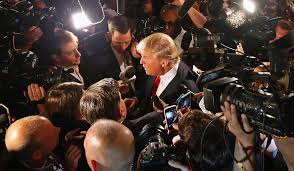 When I hear the American president belittling reporters and major news outlets as ?terrible, horrible people? who should be arrested, when he says police shouldn?t be ?too nice? with protestors, and when he suggests that opposition candidates should be dealt with by the 2nd Amendment, it all sounds terrifyingly familiar.

I could say, ?That?s so Soviet!??but is it? Or is authoritarian-style governance now becoming the American way?

?Carol Larson can be reached at

One person commented on "That?s so Soviet!"
Feel free to join the conversation and leave a comment as well.